Not what I thought, and that’s okay 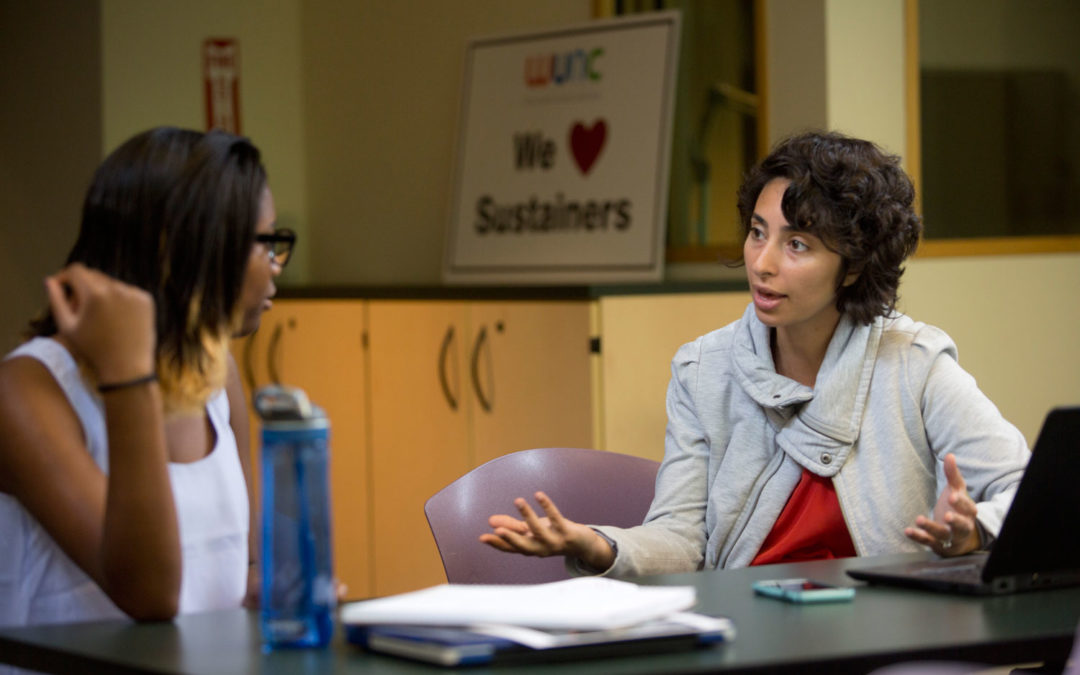 I started the week thinking that a broadcast radio weeklong program would be easy for me. I have a little bit of a background in broadcast television, and I didn’t think the two could possibly be that different.

I quickly discovered how wrong I was.

Next Generation Radio has taught me how to be a better interviewer. My mentor, Odette Yousef, and I brainstormed what we wanted to hear from our interview subject before going to meet her. Odette told me to leave my notebook in the car while interviewing. I had written our points down that morning in my notebook, but she emphasized to me the importance of making an interview feel like a conversation.

The interview process presented a learning curve, but so did editing. We had to create a log of the tape we had gathered. I want to do something similar in my future reporting because this was incredibly useful. It was much easier to go back and pull new quotes if I wanted to change something about my story, for example. I truly understood the importance of my interview subject speaking complete sentences for a non-narrated story. During editing, there were several sentences I was unable to use because my interviewee responded in incomplete sentences.

Finally, I combined my audio story with the digital portion of the project. Writing the web article was difficult because I didn’t want it to be an replica of my audio story. Odette helped me structure the story, and I wrote the article and sent it to editing. The digital portion of the project made me realize how versatile I have to be as a journalist. I should have an variety of skills and do them well.

Overall, I learned a lot more than I thought I would, but that made me enjoy the experience even more. It was challenging, and at times frustrating, but I believe that I learned to be a better storyteller, and ultimately a better journalist. I am thankful for this opportunity and can’t wait to get back to news reporting in the new school year.