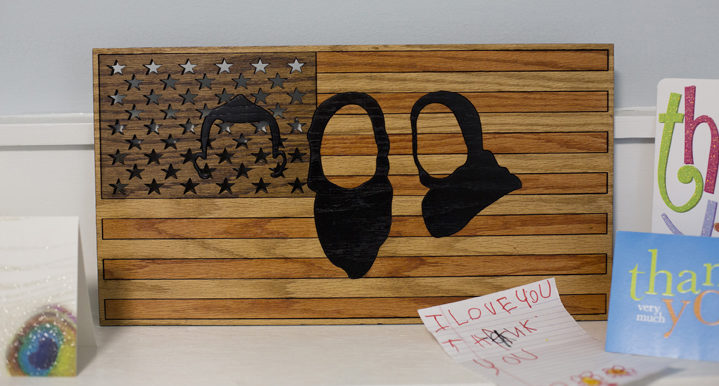 ‘I was born here, my brother is buried here — that’s pretty American’

Of all the tributes that Farris Barakat has seen for his three slain family members, one of his favorites is a wooden plaque that bears their silhouettes and the American flag.

Barakat’s brother Deah, along with Deah’s wife Yusor Abu-Salha and her sister Razan Abu-Salha, were fatally shot in February, 2015 in their Chapel Hill condominium. A neighbor is awaiting trial for three counts of first-degree murder.

Many people around the world called it a hate crime against Muslims, though police have not officially declared it one.

To Farris, the plaque represents his family’s many identities — devout Muslims and also proud Americans.

“It kind of just felt good because we don’t have to tell people we’re American. They just accept that we’re American,” Barakat says. “I was born here, my brother is buried here — that’s pretty American.”

In the two years since the murders, Farris has been working to carry out his brother’s hopes for improved relations between American Muslims and their neighbors. Deah, who was a UNC-Chapel Hill dental student, once wrote in a tweet, “I have a dream one day, to have a unified and structured community. Have a voice in our society and support the youth with their projects.”

Deah owned a 105-year-old house in Raleigh and rented it out to help pay his tuition. After his death, Farris renovated the space and renamed it “The Light House.” It’s now a place where youth-focused nonprofits have space to work and people can gather to talk, relax or remember.

Listen to an interview with Farris Barakat 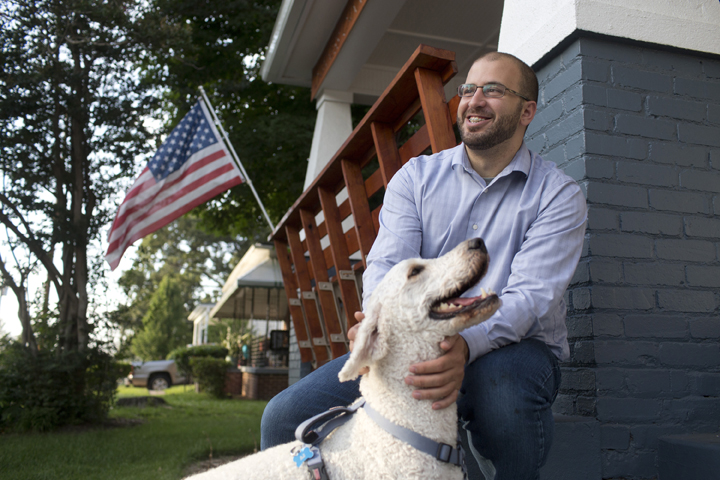 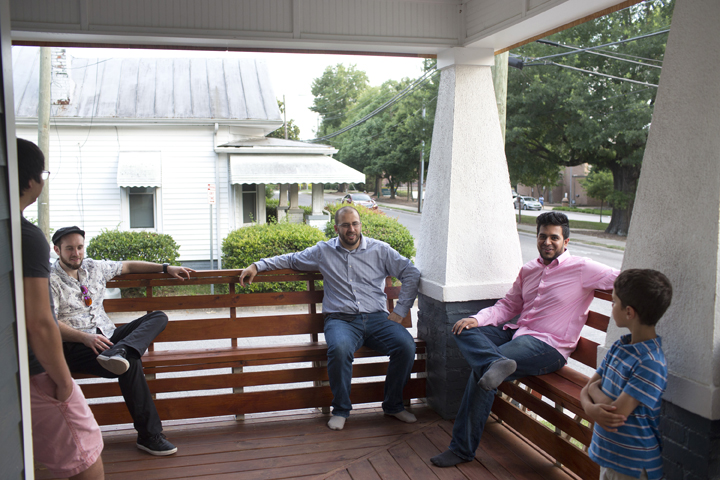 There’s a room upstairs where Muslims can kneel for prayer and casual spaces with board games. There’s an office with a 3D printer. Farris welcomes people of any faith. He doesn’t think there’s a conflict between being Muslim and American, and he wants to share why with anyone who will listen.

“Get to know us, get to know our story,” Barakat says. “You’ll know who we are based on our story and that will change the way you think.”

Ultimately, he hopes, it will also change people’s actions.

While the Barakat and Abu-Salha families are still struggling with the pain and grief of the shootings, Farris says the tragedy — and the international attention it received — did help change the perception of American Muslims.

The public learned that Deah led efforts to provide dental care to poor children in North Carolina. Yusor, who also had been accepted into UNC’s dental school, worked with homeless people in Raleigh. Both volunteered at a clinic for Syrian refugees in Turkey.

Seven month after the murder, a 14-year-old Texas student, Ahmed Mohamed, was arrested for bringing a homemade clock to school. School officials said they feared it was a bomb, but there was a public outcry about how Mohamed was treated.

Farris says that Deah, Yusor and Razan’s lives became admirable public examples of what Muslim Americans were actually like.

“It was okay for people like Microsoft and others to stand up for Ahmed, the clock guy,” Farris says.

That gives him some peace when he thinks about what happened to his family. Along with the belief that all three are in heaven.

“We can’t be 100 percent sure, but they died at the best of their lives because of their religion, because of somebody who hates them for who they are,” Barakat says. The way they lived and died “says ‘heaven,’ ‘martyr,’ all over it.” 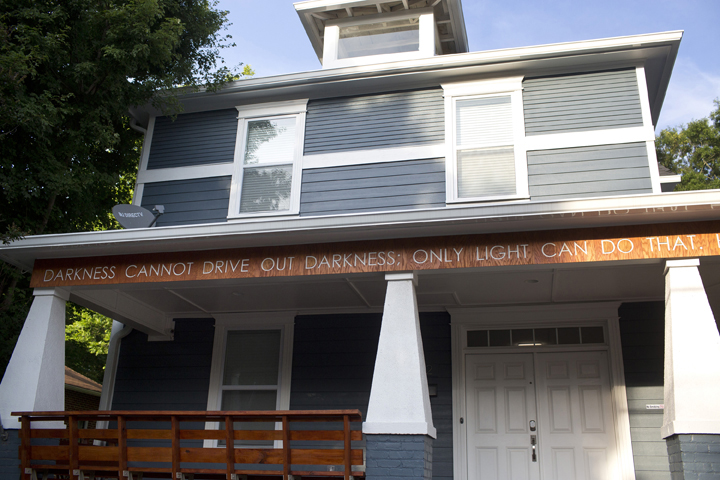 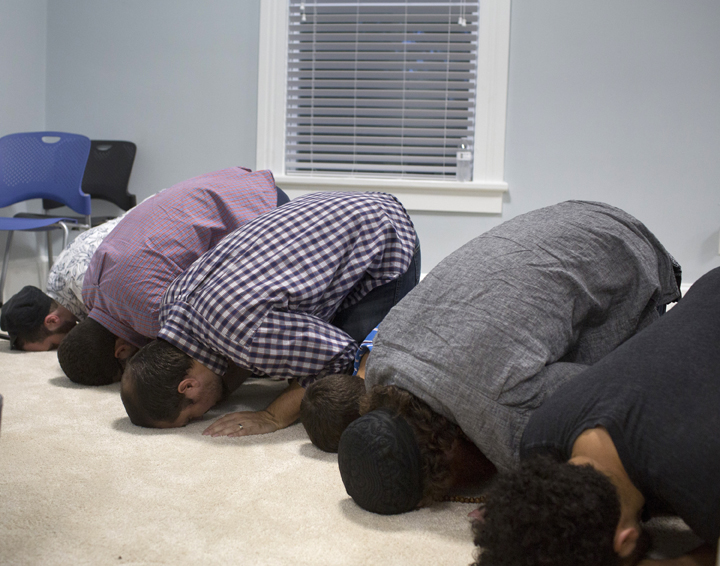 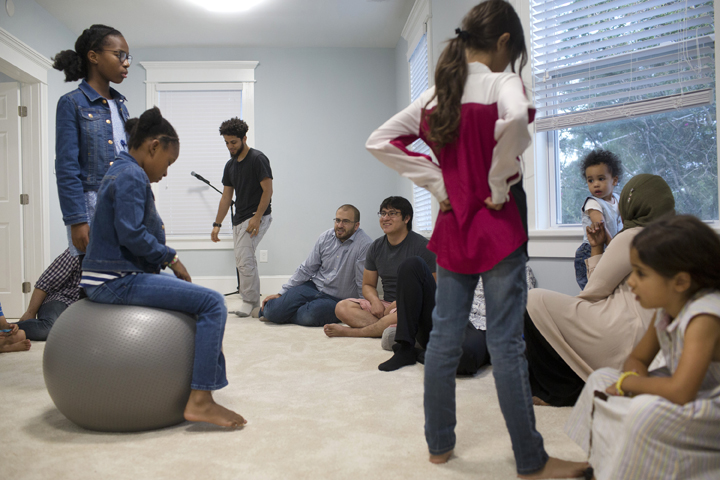 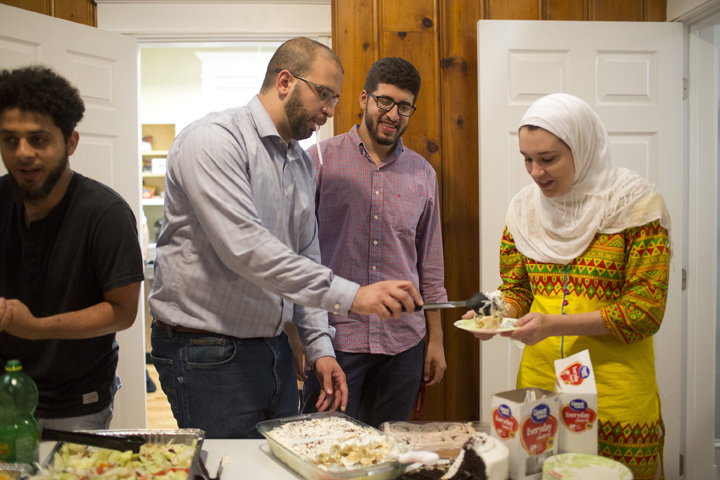 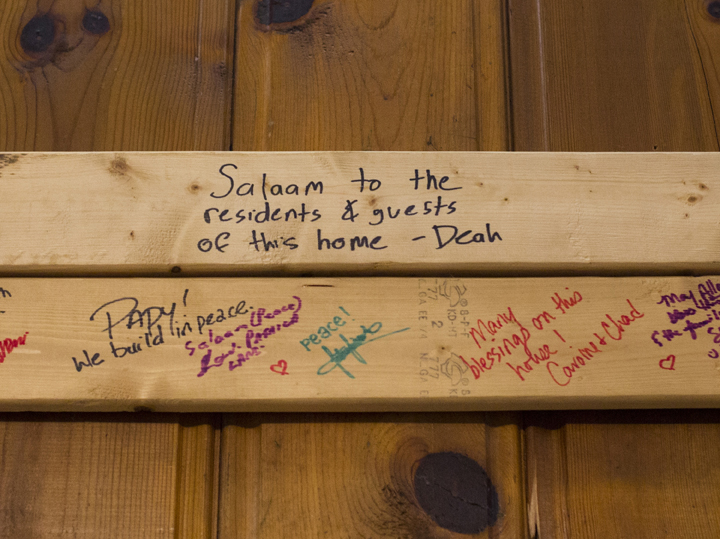