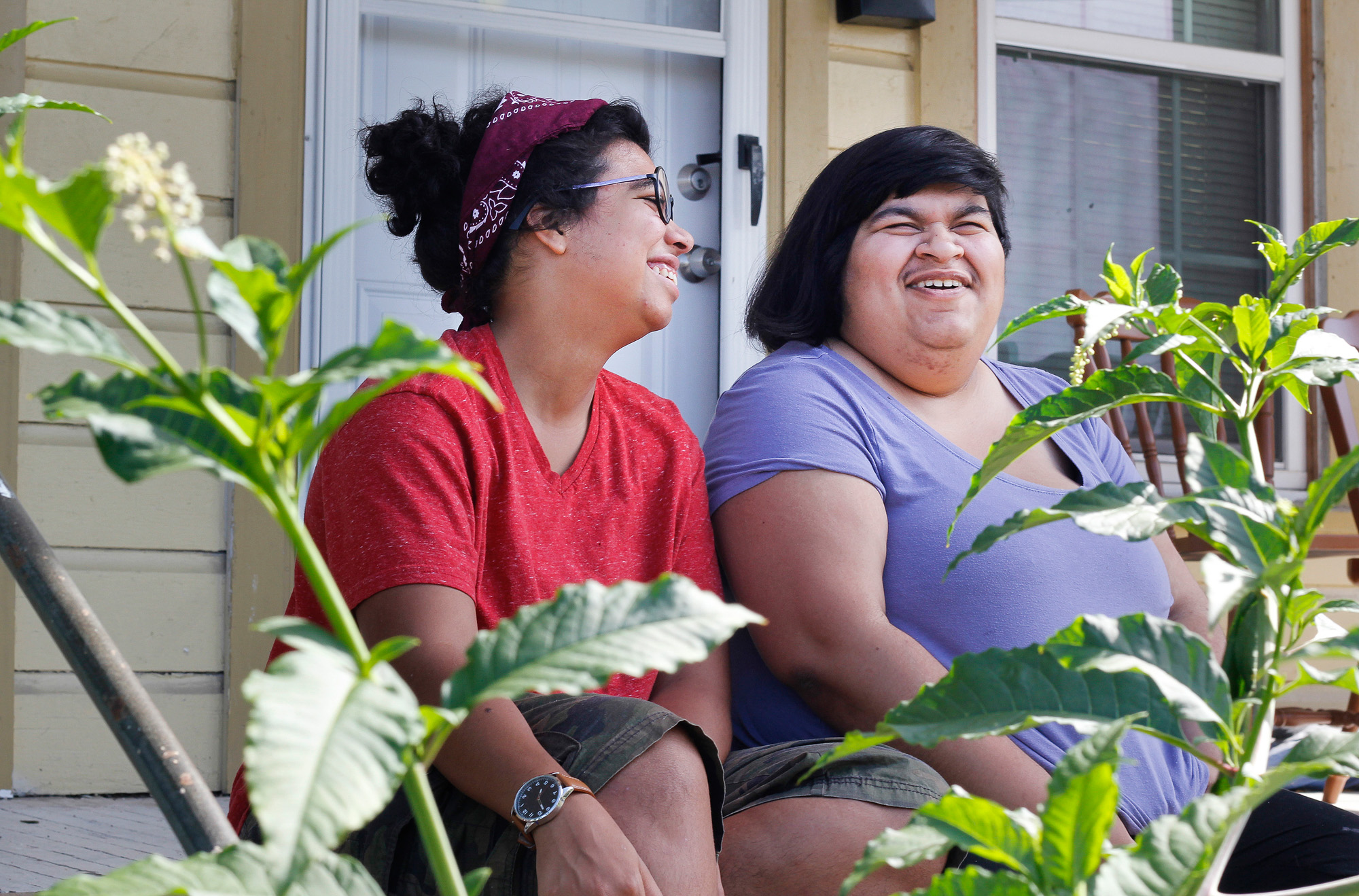 They have ordinary lives, and they share a ‘revolutionary love’ in the South

Eva Panjwani and Qasima “Q” Wideman maneuver around each other in the kitchen of their east Durham home on a Tuesday afternoon.

The smell of curry permeates the air. A string of gold paper letters spells out “Ramadan Kareem” across a bookshelf. They are observing one of the pillars of their Islamic faith. Panjwani cuts vegetables and Wideman stirs other ingredients into a simmering pot.

“How many types of garlic does one couple have?” asks Panjwani as she opens the refrigerator door.

“We have fresh garlic we can use,” says Wideman with a laugh when Panjwani gives up looking for the garlic paste.

The two stand next to each other in front of the stove, shoulder to shoulder. Panjwani cuts the vegetables and Wideman stirs in the other ingredients one by one.

In the privacy of their home, Panjwani and Wideman enjoy cooking together. Outside, they are often front and center of movements for the rights of queer and transgender people of color in North Carolina.

The state was thrust into the national spotlight last year after the signing of House Bill 2, the controversial “bathroom bill” that banned cities from passing protections for LGBTQ residents. Though HB2 was repealed, its replacement, HB 142, imposed a moratorium on local LGBTQ non-discrimination ordinances until Dec. 1, 2020.

They have ordinary lives, and they share a "revolutionary love" in the South

by Emily Yue | Next Gen Radio

Panjwani and Wideman led the grassroots fight against HB2. At the helm of the protests, they say it was difficult to decide if they would march alongside Muslim allies who attended in solidarity, or the openly queer protesters who showed up to support the cause.

In traditional interpretations of Islam — like in Christianity and Judaism — homosexuality is a serious offense. It’s a belief that has brought the religion under scrutiny in advocacy for LGBTQ rights.

Last summer, the deadliest incident of violence against LGBTQ people in U.S. history was committed by Omar Mateen at the Pulse nightclub, a popular gay bar. According to those who knew him, Mateen was raised Muslim.

Both LGBTQ groups and Muslim associations released public statements for the one year anniversary of the Pulse nightclub tragedy.

“The shooting caused us to think quickly and deeply about who our people are and how we want to heal,” the Muslim Alliance for Sexual and Gender Diversity said in a statement. “We, as an organization of LGBTQ Muslims, continue to assert that our freedom can only come within the context of freedom for all of our people.” 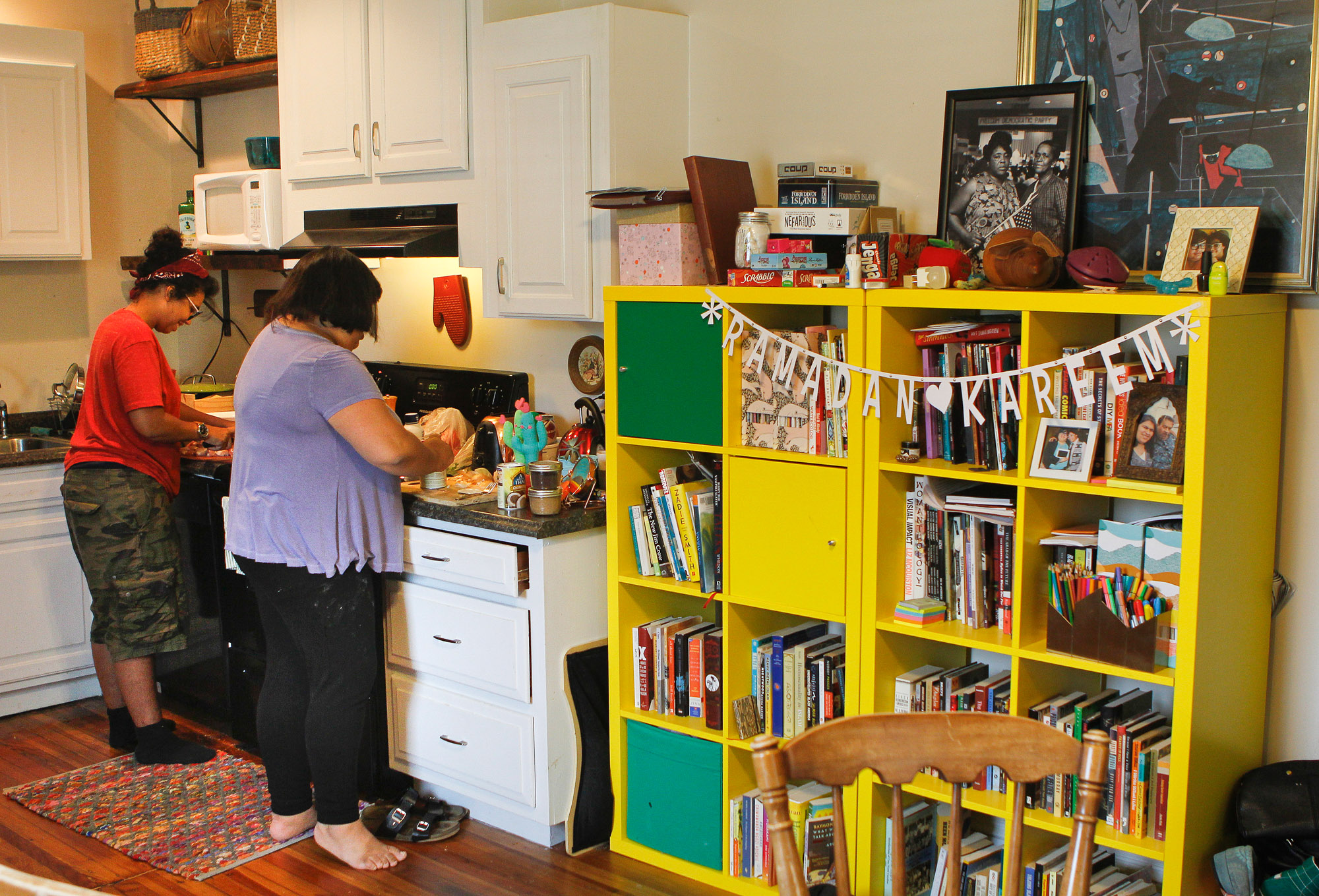 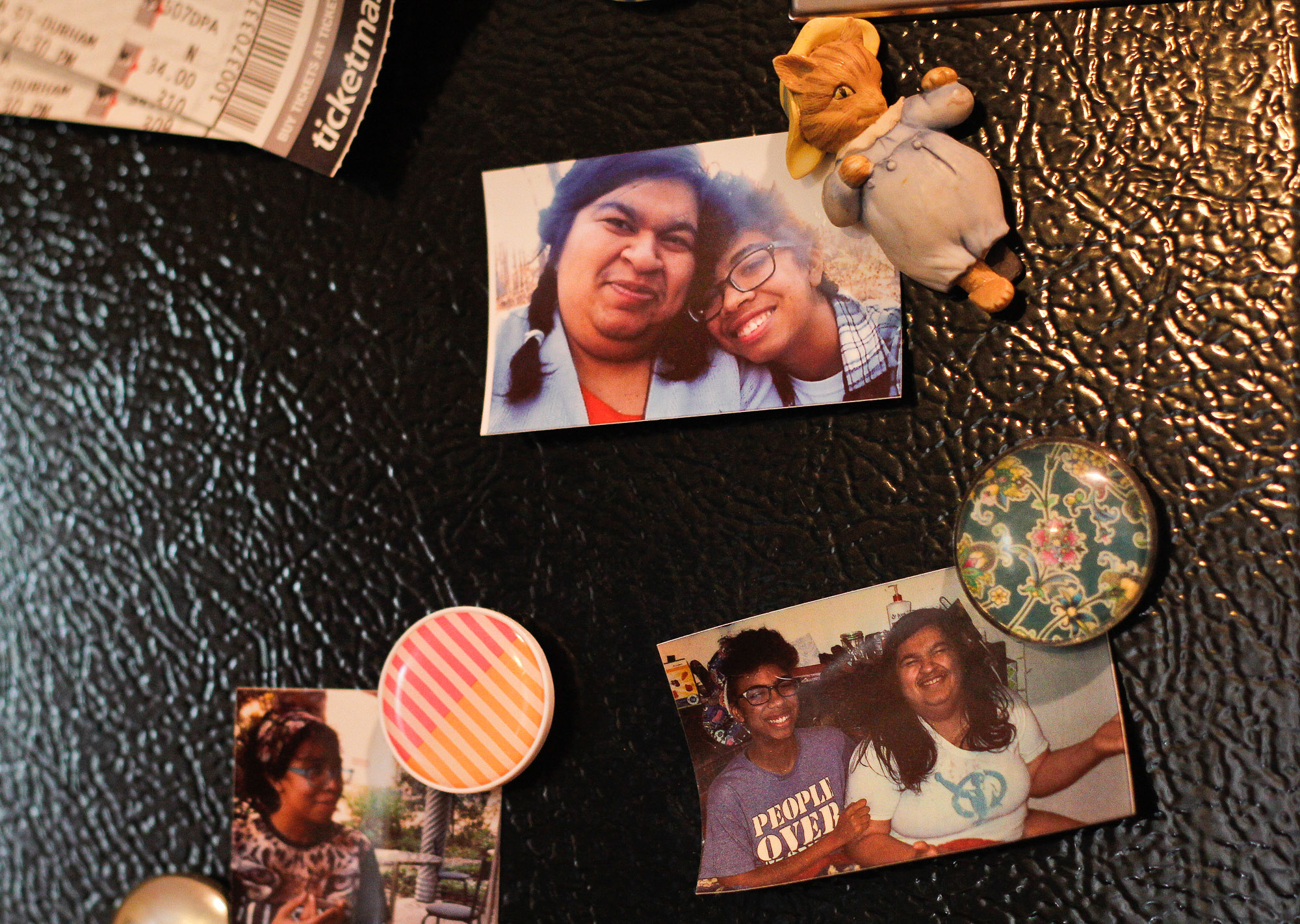 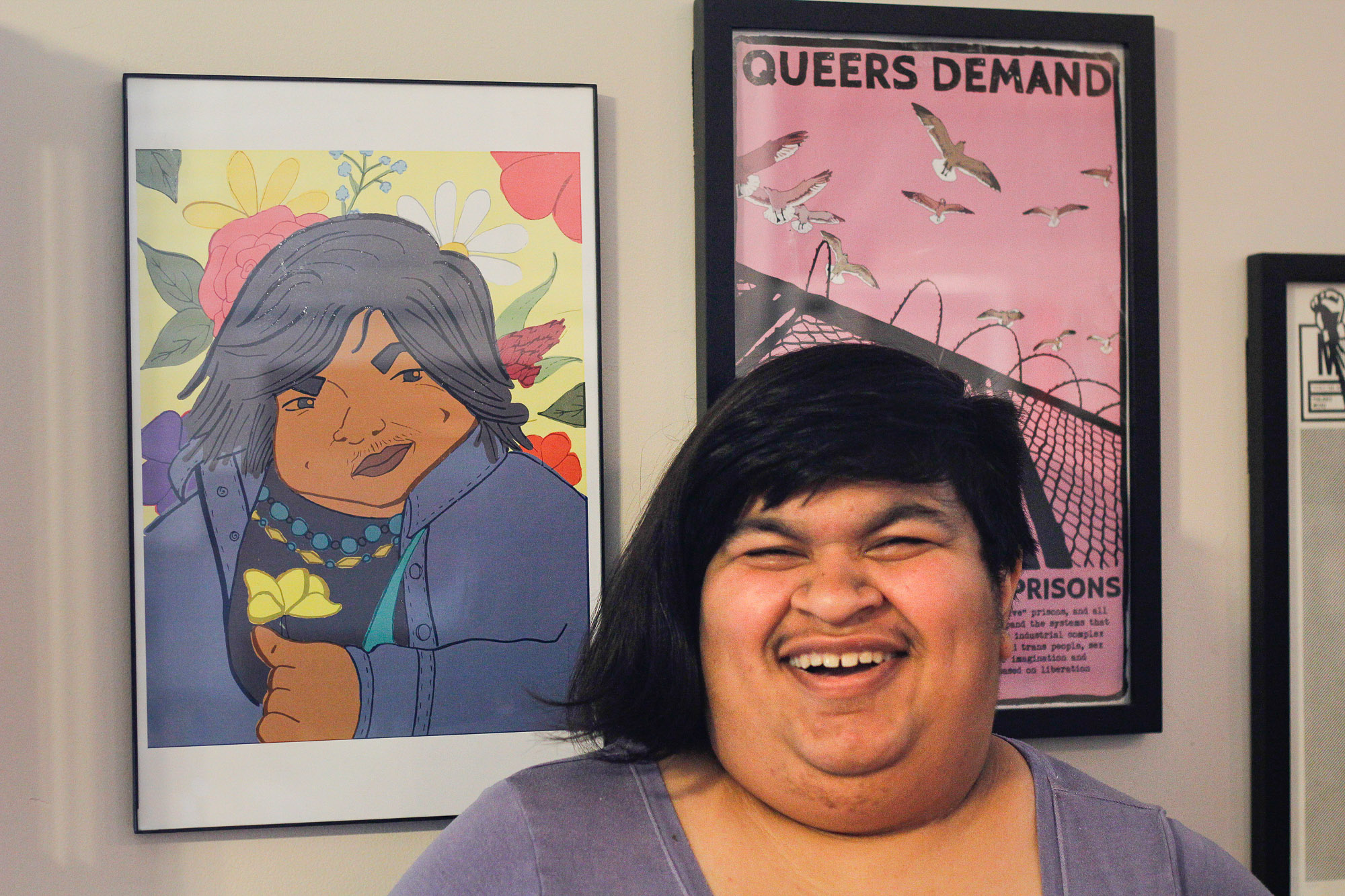 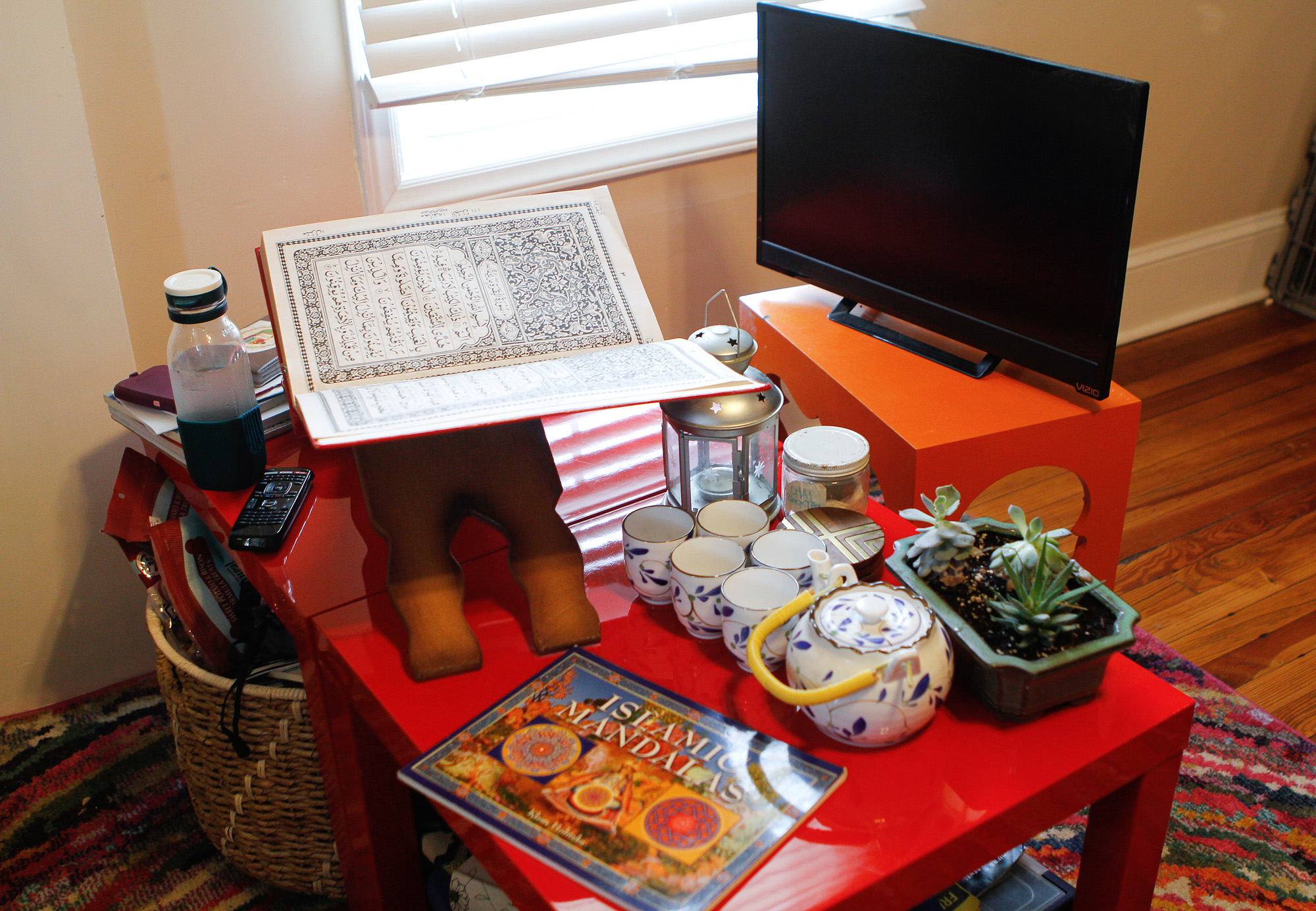 Eva Panjwani and Qasima Wideman balance work, activism and their relationship in their day-to-day lives. With their busy schedules, any time they spend together in their east Durham home is considered special. (Photo credit: Emily Yue/NextGenRadio)

“For me, being queer and Muslim, specifically in the South, has been so much about playing constant defense.”

A 2014 Pew Research Center survey found that Muslims in the U.S. were less accepting of homosexuality than Americans as a whole, though Evangelical Christians, Jehovah’s Witnesses and Mormons opposed homosexuality by larger margins.

Panjwani and Wideman have experienced homophobia in their religion, but say it’s difficult to express their concerns without prompting both right and left wing criticisms of Islam.

“When we look at homophobia from only an interpersonal fear of ‘the other,’ it’s hard to want to struggle within a community that’s under such a constant barrage of attacks,” Panjwani says.

“For me, being queer and Muslim, specifically in the South, has been so much about playing constant defense,” says Wideman.

There is no single LGBTQ community in North Carolina. Nor is there a single united Muslim community. People exist in the overlaps of social spheres and have complex identities.

Panjwani and Wideman find that their community — the hundreds of people they have come to know through organizing, working and living in Durham — will come together in both difficult and joyful times to uplift the souls of queer and trans people of color, whatever their religion.

Their community shuts down N.C. Pride to honor the deaths of transgender women of color. Their community bails out black mothers from jail to reunite them with their families for Mother’s Day. They love to play board games. They make each other meals. They even helped Panjwani propose to Wideman earlier this year.

“Other people will come up to me and say, ‘You and Q are so great!’ or, “Your love brings me so much joy!’” says Panjwani. “Which is so nice when that happens, but I feel like we’re just two people trying to figure out what it means to love after being invisible, what it means to be visible.”

Back in their living room, sunlight filters through the window onto the open pages of the ornate Quran on the coffee table. Wideman rises from the worn sofa to remove the curry, their grandmother’s recipe, from the burner.

Panjwani and Wideman’s friendship-turned-romance has helped bridge the divide between both the Muslim and queer communities who care about them.

“I don’t know. In and of itself, I guess that is revolutionary,” Panjwani says, before she rises to join her partner for dinner.