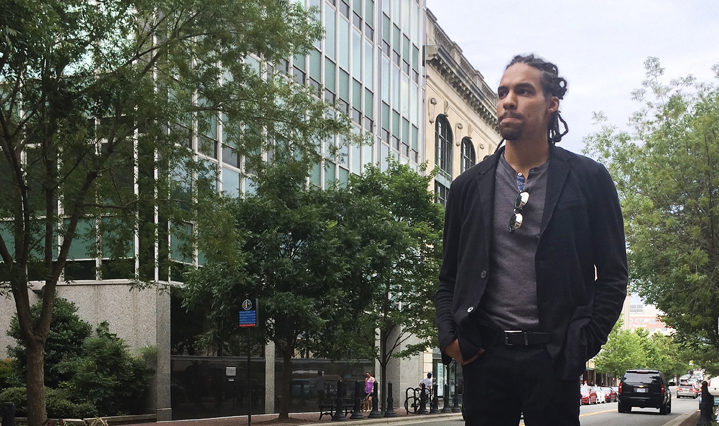 This rapper says it’s time for Millennial leadership in Durham

Bill Bell is something of a legend around Durham, North Carolina. He has been mayor for 16 years. During his tenure, he has worked to reduce gun violence, advocated for people with disabilities and built programs to get young people to work. At age 76, he’s decided not to seek re-election.

Pierce Freelon, 33, thinks he can do more.

“I talked to [Bell’s] daughter the other day. She just kept saying, ‘Yeah, you got big shoes to fill,’” Freelon says. He told her, “I’m not gonna be able to do what your dad did, and nor would I hope to do that. Because what Durham needs next is something completely different than what got us here.”

For Freelon, what Durham needs is new perspective and more diversity in terms of age and background in city leadership. Right now, with the exception of Jillian Johnson, every city council member is over the age of 40. He says the lack of younger people on the city council is one of the reasons the city is facing the issues like income inequality, and lack of affordable housing and livable wages.

“Had we been thoughtful a decade ago in creating policies that champion equity and inclusion, it wouldn’t be the issue that it is today, the crisis that it is today,” says Freelon. “That was on the watch of some of the people who are currently on the council.”

Freelon has never held political office before; he’s spent 10 years as a professor and a lifetime as an artist and activist in Durham. Freelon is a member of a hip-hop group, The Beast, and the creator of Blackspace, a youth center that hosts workshops in beat making, graphic design, puppetry, videography and spoken word.

Listen to Pierce Freelon talk about why he's running for mayor

by Andy Li | Next Gen Radio

“It’s a place where it doesn’t matter, like, the race or ethnicity or the background of the person,” says Israel Suttles, a program assistant at Blackspace’s Chapel Hill studio. “If you have an art and you want to share it with people, you can come and express it and nobody’s gonna judge you — like, at all.”

Freelon has used art as a tool throughout his career and campaign. He often speaks about “artivism,” using art as a vehicle for activism. For him, however, art is all personal.

“The personal is political,” Freelon says. “So when I talk about my life, there are implications for my background as it relates to my socioeconomic status, my ethnic identity, my gender, my sexual orientation — all those things come into play when I’m creating art that is a reflection of myself.”

Freelon is campaigning as a nonpartisan candidate against the CEO of the nonprofit Institute of Minority Economic Development, Democrat Farad Ali, and nonpartisan Durham city councilmember, Steve Schewel. Schewel has served on city council since 2011 and Ali held a seat from 2007 to 2011. 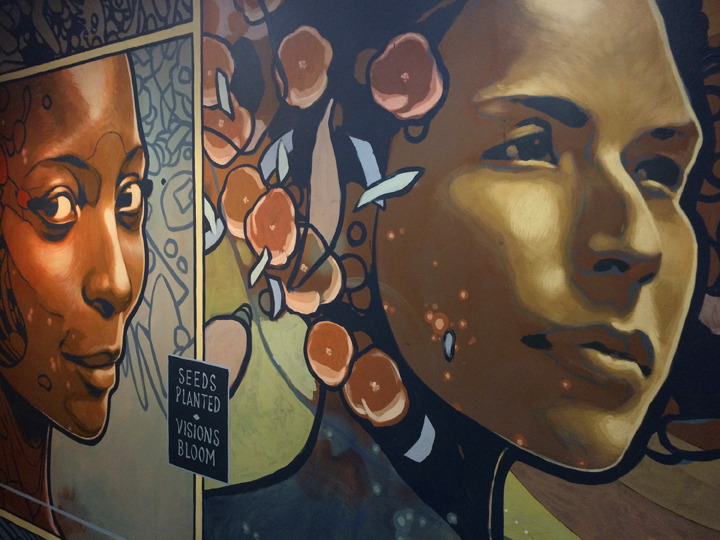 A mural within Blackspace’s Durham studio. Freelon created Blackspace as a maker’s studio for teenagers to experiment with art and technology. (Andy Li/NextGenRadio) 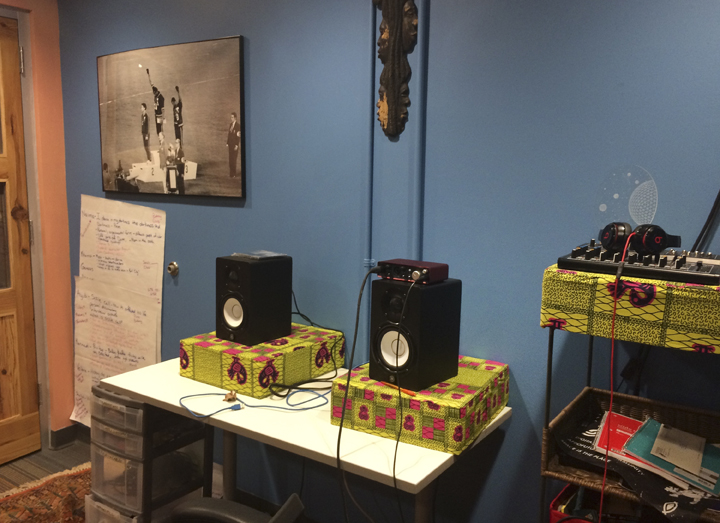 Some of the equipment inside Blackspace’s Durham studio. Blackspace gives teens opportunities to experiment with music production. (Andy Li/NextGenRadio) 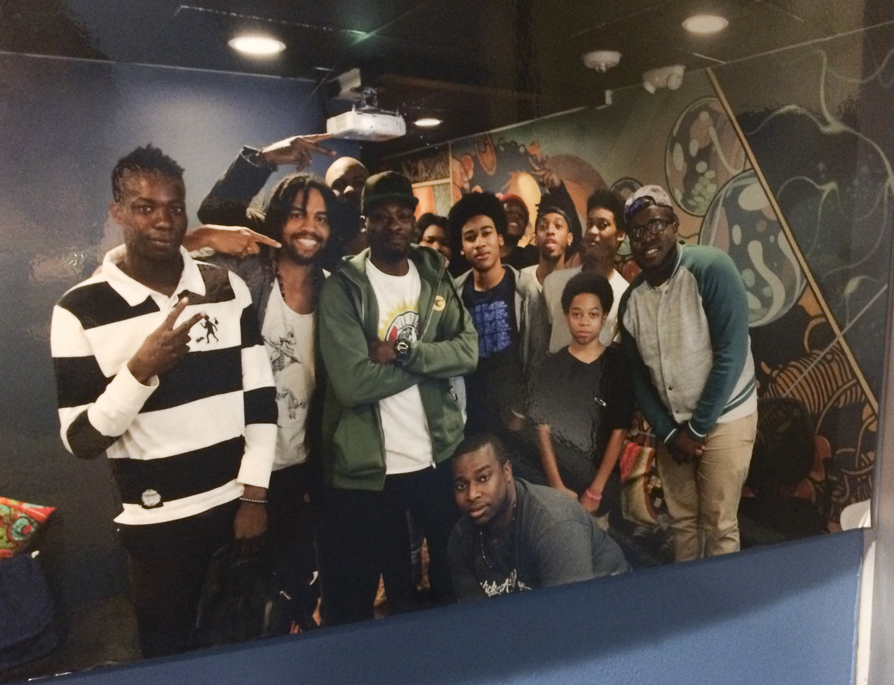 A photo of Freelon standing with teens and staff at Blackspace in Durham. (Andy Li/NextGenRadio) 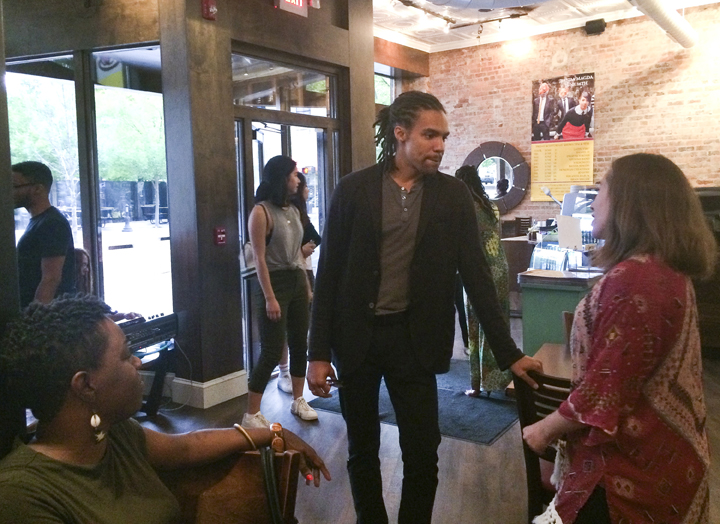 Pierce Freelon speaks with attendees to a community forum held at Beyu Caffe. Pierce often talks about ‘artivism’, using art as a tool in social justice.

“Young people in Durham care about the same things that voters of all ages care about,” says Schewel. “Affordable housing and gentrification, good jobs at good wages — making Durham a welcoming city for all.”

Freelon says his age, his competitors and his famous family — his mother is a well-known jazz singer and his father led the design team for the Washington, D.C. National Museum of African American History and Culture — won’t define his campaign for mayor. Freelon has spent his entire life defining himself, through art and activism. Now he hopes to define himself through the mayorship of Durham.

“I’m just my own unique individual. And what I have to give to the world is also very unique,” says Freelon. “And no one will be able to fill my shoes either.”

Candidates for mayor must register by July 7 and the general election will be held November 7, 2017.